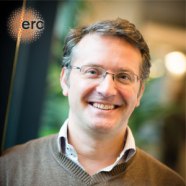 Massimo Mattia Santoro obtained is Master Diploma from University of Turin, Italy and his PhD in Molecular and Cellular Biology from the Open University, London, UK. He worked as a post-doc fellow at University of California, San Francisco, USA, under the laboratory of Prof. Dr. Didier Stainier. It was here that he became interested in cardiovascular development and endothelial homeostasis. In 2008, he established his first independent laboratory at the University of Torino, opening the Molecular Biotechnology Center. In 2013 he was appointed VIB Group Leader and Full Professor at Vesalius Research Center at the University of Leuven, Belgium. In 2018 he will return to Italy at University of Padova, Department of Biology, as Chair of Cell Biology. During his career he has been granted with the EMBO (2004) and HFSP (2005) long-term fellowships, the HFSP Career Developmental Award (2008), the Marie Curie Reintegration Grant (2010), the Odysseus-FWO Career Grant (2014), and, more recently, the ERC Consolidator Grant (2015). His lab is currently focused on studying how redox signaling, metabolism, and hemodynamic forces regulates endothelial homeostasis in development as well as during cancer progression. To accomplish this goal his lab is taking advantage of innovative genetic and imaging technologies as well as new molecular and biochemical approaches in vertebrate models, such as zebrafish and mouse. Massimo’s goal is to expand the current vision of endothelial biology by identifying unforeseen metabolic and signaling mechanisms and used them to develop novel anti-angiogenesis therapies to treat cancer progression and diabetic conditions.

My scientific career in Vascular Biology has brought me the opportunity to be part and run several international laboratory’s and as act as a contributor of countless global conferences. My goals as a member of the EVBO is to develop a richer and more collaborative vascular scientific community that serves to elevate EVBO towards a more international visibility. I will do this by initiating and engaging award based programs for Young Investigators praising their work and accomplishments that often go unnoticed. It has been my observation that young scientists want to contribute and share their finding at meetings/seminars, the invitation alone is a great motivator for those starting out. I would like to see EVBO focus on attracting private companies and Industries by sponsoring and promoting events. I have been an enthusiastic NAVBO member for many years and propose to establish a joint program along with other North American but also Asiatic organization all based on the common interest of Angiogenesis.